The cave was carved to serve as a cellar for the storage of many vegetables grown on the State Hospital farm. A crew of six men from the State Hospital dug the series of caves out of St. Peter sandstone. One of the patients, a man by the name of Thomas Coyne, led this crew. Coyne was a poet, as evidenced by the lines of poetry he carved into the walls of the cave. Coyne's name and a few remaining words of his poem can still be seen today on the wall of the middle entrance just before the first storage room.

Cemetery was used by the Rochester State Hospital. The people buried in the cemetery were patients at the State Hospital. The 2,019 gravesites are carefully platted and the location of each individual grave meticulously recorded.
1965
The City of Rochester purchases state hospital land from the state of MN for $21,200. This 212 acres becomes Quarry Hill Park.
1966 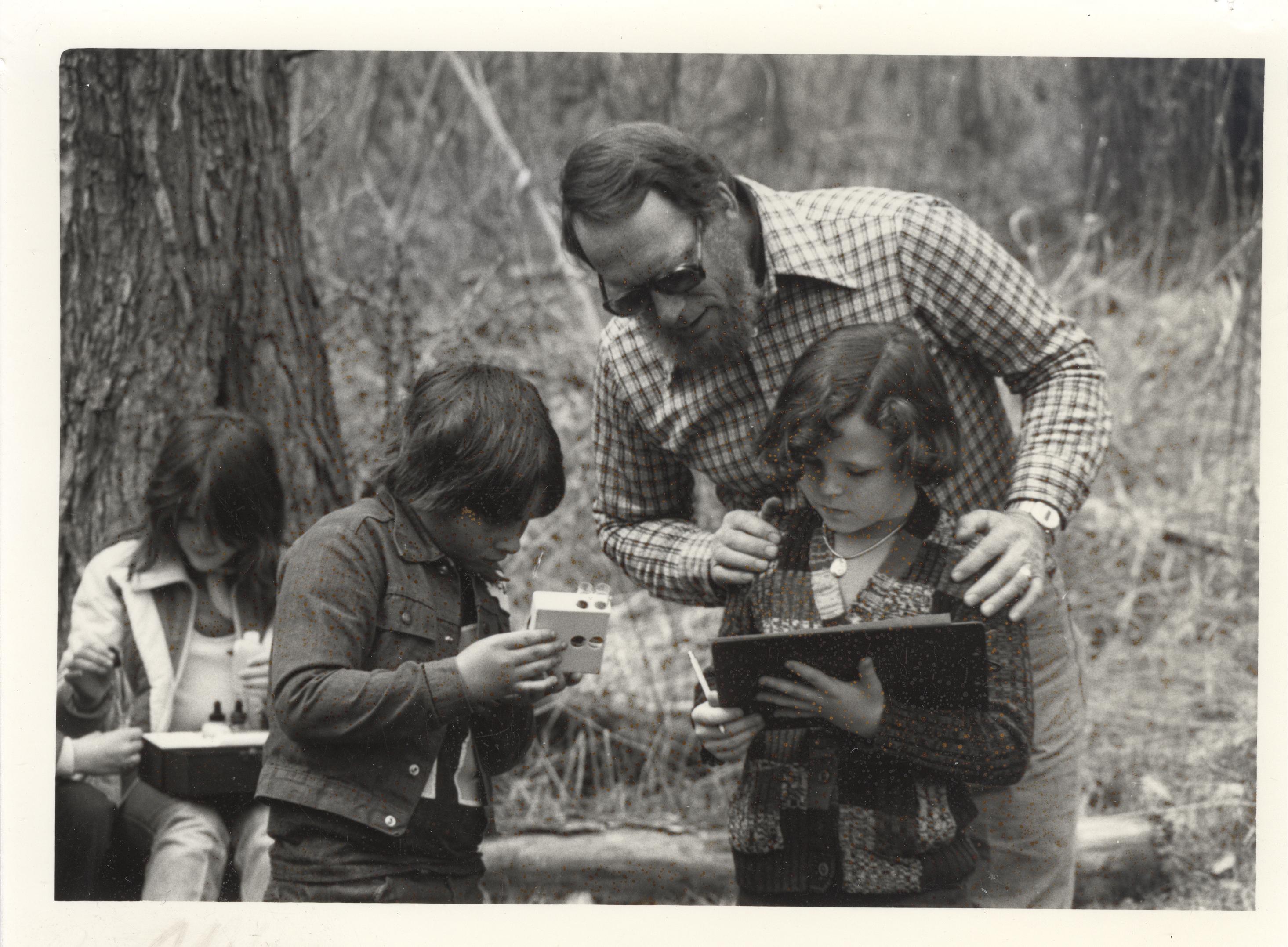 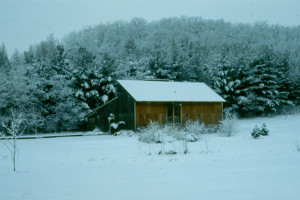 The Oak Savanna Restoration Project begins. Collaborative project with the Minnesota DNR
1998
The City of Rochester again purchases additional park acreage. 20 acres of land is purchased from Harold Payne for $214,000 along the East side of the park.
1999
Second building addition is dedicated at the 10th Annual Fall Harvest Festival and the one-millionth visitor walks through the doors of the Nature Center.
1999
Jody Henning is recognized as Quarry Hill Nature Center's one-millionth visitor
2001
24 acres of park land is purchased bringing the total acreage to 312 acres. Learn more...
Land is purchased from Joe Postier for $480,000
2002
Friends of Quarry Hill build a new pond bridge with a $21,000 Block Grant.
2003
The first annual Creatures of the Night event is held. This nature-themed Halloween event was well received by the community and launched a yearly tradition.
2004
The Friends of Quarry Hill expand public programs to offer environmental education to the community.
2005
'Opening eyes and minds through natural science discovery.' is the new mission statement is adopted by the Friends of Quarry Hill.
2006

Windows to the Woods

The "Windows to the Woods" renovation in the Exploration Hall is unveiled.
Cross Country Ski Trail partnership created. Learn more...
The Rochester Active Sports Club, City of Rochester and Friends of Quarry Hill partner to plan, improve and maintain more than 6 miles of cross-country ski trails open to the public.
Quarry Hill exhibits Stan, a 40 foot Tyrannosaurus Rex Skeleton. 20,000 people visit. Learn more...
This exhibit launched a bi-yearly series that includes: Creatures of the Deep, 2008 Ice Age, 2010 Twilight of the Triceratops, 2012 Hatching the Past, Dinosaur Babies and Eggs, 2014
2007
A partnership with the University of Minnesota, RPU, & the Digital Technology Center builds an addition on to building. Addition will house the Hybrid Energy System (HESS) to study alternative energy.
Rochester State Hospital Recognition Group, along with Advocating Change together, begins marking 500 headstones in cemetery.
2009 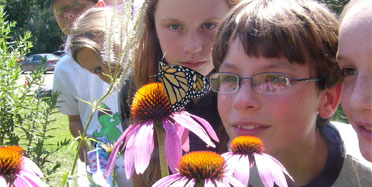 Demonstration Butterfly Garden is completed.
2010
Pond Renovation - In cooperation with the City of Rochester and a Storm Water project, the Quarry Hill pond is drained, dredged, expanded & re-lined with clay
2011
Pamela Meyer is named fourth Director of Quarry Hill Nature Center.
2013
A demonstration hummingbird garden is installed.
2014
Rochester Active Sports Club completes an expansion of the Nordic ski trails. Learn more...
A bridge over the confluence on the north end of the meadow is constructed to create access to 4 km of new trails cut into the hillside on the north end of the park.
© 2014,2017 Quarry Hill Nature Center
www.qhnc.org | Site Credits